- Dow grew up in Skokie, Illinois and took a gazillion lessons in her childhood. These included: gymnastics, ballet, jazz, tap, piano, guitar, electric guitar, ice skating, judo, art, Thai lessons, Thai dance lessons, and swimming. Probably there are more that she has blocked out of her memory.

- Her full name means “like a star.” Her dad made it up by switching around the Thai word for satellite (Dowtiem became Tiemdow). It’s a unique name. Dow (or “star") is a very common Thai nickname. 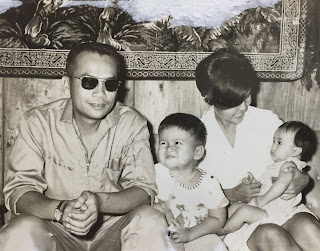 - Her mom was a nurse. There were several pilot-nurse marriages back then because the nursing school was across the road from the Air Force Academy in Bangkok.

- She wrote and illustrated a book at age 9 for her fourth grade teacher called The Pink and Yellow Sunhat.

- She doesn’t have that anymore because of a fire in her house when she was 9.

- She once knocked over a full tray of water glasses that a waiter was bringing to the table when giving directions to her friend.

- She had one dog many, many years ago named Bingo. And just last year, she adopted a dog that her daughter has named Basil. He is a cutie pie but lots of work! 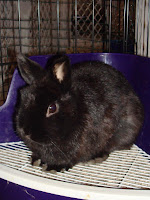 - She has had cats named Cutie, Jumpy, Chanee (Thai for monkey), Cleo, Frisbee, and Ptera (short for Pteradactyl). She can’t have cats anymore because of allergic family members. Now she has small pets like Egg the hamster and Chrysanthemum the dwarf hamster - and the hypoallergenic Basil named above.

- One of her favorite pets was Lottie the Bunny, shown here.

- She was a nurse before becoming a doctor.

- She tried to do a headstand for her daughter recently and could not. And she won’t ever try that again, because her back hurt for a month afterwards.